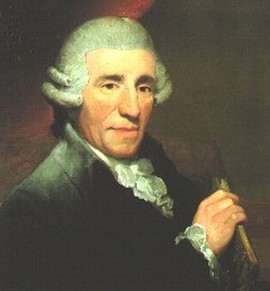 Though it was the Baroque Era that created a number of musical genres which have been constantly used in composition for centuries, it was the Classical Era which saw the recognition and development of a form which has dominated instrumental composition to this very day; it was the sonata form. During the development of sonata form, concerti, symphonies, sonatas, trios and chamber music reached to a new peak in music history of structural and expressive refinement. In contrast with Baroque’s highly decorative intricacy, the Classical Era is characterized by great structural clarity.

Opera, during the Classical Era, was finally reformed into the opera we know it today. It was from the stilted Italian Baroque opera, that the Classical composers wanted to make alterations. They wanted opera to be more natural and less focused on providing solo singers with elaborate passages.

During the Classical Era alterations were made especially the style of solo keyboard music as the fortepiano becomes the dominant keyboard instrument. The fortepiano was in fact introduced by Bartolomeo Cristofori in 1700’s, giving performers the ability to give more emotions when playing. The fortepiano then became popular with the public throwing the harpsichord out of the window.


The introduction of symphonies, although started around the Baroque era, was very much developed in the Classical Era; the orchestras started to expand and become larger (orchestras increased to 30 musicians in contrast to 10 or so musicians in the Baroque Era), and also had its own music genre. The orchestras started to become increasingly popular, that composers started to produce symphonies to please them. Franz Joseph Haydn composed about 104 symphonies during his life written to please Prince Nicholas Esterhazy. Basso Continuo gradually became neglected during the Classical Era. The reason why basso continuo became abandoned was that music became increasingly popular with people who were amateurs, and could not master the art of improvising from a figured bass (it was very difficult). Composers wanted more control over the specific note played for accompaniment rather than relying on an improviser. 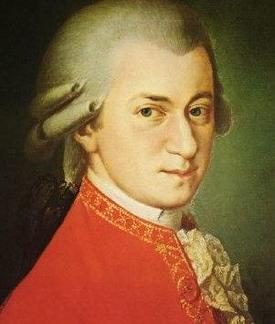 Mood
In contrast to Baroque music, the mood of a Classical composition would have many series of different moods (eg. Happy-Sad-Joyous). In a Classical composition, there are stark contrasts in counter melodies and themes as mood in Classical music would change gradually or suddenly (unlike the Baroque Era) to express a certain emotion the composer wants to convey.

Rhythm
Classical music was much less strict in rhythm than its predecessor as it was much flexible, syncopation pauses, and frequent long and short notes would appear. Rhythmic patterns varied as they may be either gradual or sudden.

Texture
Homophony frequented Classical music meaning a soft and fluffy texture was added because of the contrastingly clear passages within a classical composition. Though texture varied from a very dense Baroque counterpoints, Classical music is known very much of its very light and clear texture because of homophony.

Melody
Classical music is renowned as one of the most melodious and easy to remember. Although themes were very sophisticated it was very catchy and had a folk-ish or popular tune. Melodies were very much ‘sound’ balanced and was very much symmetrical because of the strict forms the composers would follow.

Dynamics
The Classical composers’ interest in articulating the colours of emotions, led composers to use gradual dynamics, crescendo and decrescendo, allowing them to give the listener’s ears at ease. Though gradual dynamics were introduced and used often in many works, terraced dynamic, a characteristic of Baroque music, is sometimes used to give an effect in music.

An Example of a Typical Classical Composition